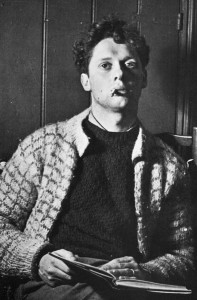 Growing up near Raleigh, I spent many years after high school getting lost on the one-way streets in the shadows of downtown. It’s a large inland city with no geographical features or monuments rising above the skyline to help orient you—all directions look the same, skyscrapers and art-deco architecture fading through a border of warehouses into stately old neighborhoods, some of which have been revitalized, others of which are in decay. When you leave the center city it seems to spin like a wheel of fortune, popping you out wherever it sees as fit. One night after a couple of beers at the Raleigh Times, I take a wrong turn in the labyrinth of skyscrapers and one-way streets and pop out in one of the neighborhoods that ring Raleigh—the rundown shotgun shacks, the rusted over country stores on lonesome street corners and the high concentration of guys in wife beaters wandering the streets. Through twists and U-turns, I somehow find my way back out to the escape hatch, broad Capital Boulevard, which shoots through downtown Raleigh like a vacuum tube. On Capital, I turn up the music, roll down the windows, and throw the car into high gear, speeding past the neon lights of the rotted boulevard—old warehouses, fresh-built gas stations, motorcycle shops and late-night Krispy Kreme donut shops. I’ve had a couple of beers and feel warm and relaxed inside, and lean back in the leather seat feeling, finally on the right frequency with the universe—mind and body feeling fresh, awake, and alive, aligned with the magnetic poles of fate. I made my way back to Hillsborough Street, that great college artery through town, which looks so different than when I first drove down it to shows at a tiny little rundown club where the Circle Jerks and Bad Brains used to play called the Brewery. Hillsborough is now cleaned up and redone—the lanes widened, all new businesses, and the old staple and flier-covered grimy old flickering streetlamps now replaced with a bright new energy-efficient model, positioned close together so that the entire boulevard is now brightly lit up like a pedestrian mall—shadows are kept at bay, and danger and darkness has been abolished in the general vicinity. I drive on past all the memories—the campus where I went to college, the street corner where we served Food Not Bombs, a house where I fell in love, on up the rode to the nerve center of the local youth culture, the Cup A Joe coffee shop, where the evening shift baristas are flapping out the rubber mats and emptying the mop buckets. I park right up in front of Cup A Joe and press my face up against the fliers taped up in the front panes of glass. By years of habit, my eyes are instinctively drawn to a photocopied black and white hardcore flier among the silkscreened posters for trivia nights, indie rock festivals and experimental theater performance. Four bands I’ve never heard of and one local band playing at a grimy bar downtown called The Berkeley. The flier says that the show is tonight and in fact started a couple of hours ago.

The thought crosses my mind to just call it a night like every other night—to go home to my mother’s house and read until I fall asleep and then wake up early and do it all over again. I feel old and literary, separated by a chasm from the manic youth energy of the hardcore show. There was a laundry list of good reasons not to go—“you won’t know anyone. You’ll be the oldest person in the room. You’ve already spent 1/5 of your life standing around watching bands, why would you want to spend anymore?” But something inside, perhaps the booze coursing through my veins, urges me to break out from the castle I have built for myself and take action against silent despair. Once the fire of the self-dare is lit it’s hard to put out. I jump back in the car and speed downtown, skidding to a halt at the park across the street from The Berkeley. A couple of deranged looking youth—weird haircuts, big black-frame glasses, laughing, stumbling, outsiders—are hanging out against the brick wall outside of the club. Inside, the familiar grubby darkness and interlude music playing over the club’s speakers and a doorman wearing a Totalitar t-shirt. “How many bands left?” I ask him. “Just one…” he smiles. I reach for my wallet but he waves me in, “Don’t worry about it, go on in” he says stamping my hand. I get a beer from the dead-eyed goth bartender and then head into the cave-like interior of the Berkeley’s belly. The space is half-empty and black-clad attendees mill around idly browsing records and merch. A quick scan of the crowd returns the disturbing fact that I am the only one with a beer and am probably the only one old enough to drink—none of the kids in the crowd have a 21+ armband and they all look like they just got out of high school. So young and fresh-faced, the world of hardcore like an ever-expanding balloon that slowly fills up their lives with purpose. A band of punk kids that look like they’re trying to look like they’re in Judas Priest are setting up on stage—a huge, lead singer with long, flowing blonde hair and a leather jacket, like some kind of Scandinavian incarnation of Joey Ramone is stooped over and awkwardly adjusting the height of the microphone. Sensing that they are about to start, all of the kids move up toward the stage, standing around with crossed arms and backpacks, so excited for the entertainment to begin. “We’re Rational Animals” the singer mutters and they launch into a dissonant Priest-like metal anthem. Raleigh has always been a metal town—Corrosion of Conformity solidified that back in the early 80s and little has changed since then—its as if the town is protected by an orb that repels the corrupting cultural trends of the outside world. In Raleigh, scraggly-bearded, Southern fried metal lives on. When I was coming of age there spending my late nights at the Waffle House there was a brief, fleeting era of artsy hardcore influence but in the intervening years that seemed to have died—Today, the twenty year olds filtered into Raleigh from the surrounding towns of Fuquay, Cary and Apex to see capital-M Metal and hardcore in the classical style, as it was intended.

It was immediately apparent that these kids hadn’t yet dulled themselves down to the point where they came to shows out of ritual, to socialize and stand around with crossed arms not having fun. They were there to feel alive and they weren’t going to waste their chance. Passion burbled up in them from hidden wellsprings and they couldn’t disguise it, couldn’t control it—they were excited and were burning.

One or two kids started whipping around and moshing and then the rest joined in—a petite little girl tore through the room, scattering the boys, bounding around like a kangaroo ballerina.