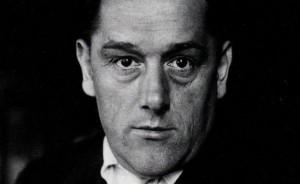 Every political movement has its hidden architects, those unscrupulous tacticians who shun the limelight, preferring to shape public perception from behind the curtain. In the United States, these imagineers work under many titles: key adviser, chief strategist, head of communications. In today’s Russia, they are referred to as “political technologists.”

The Right tends to be less squeamish about their necessity, and accordingly, has frequently outmaneuvered the Left in the battle for hearts and minds. Teddy Roosevelt had Hearst, Hitler had Goebbels, Putin had Surkov, and Trump has Steve Bannon.

It is unfortunate that the Left and liberals have yet to reckon with or learn something from what Bannon built quietly over the years with Breitbart. With little more than a snuff right-wing news website and some DIY documentaries, this “Leninist” nobody assembled a coalition of resentment that turned out to be crucial for Trump’s victory. Bannon climbed directly from tracking social media analytics and Youtube documentary rentals to the apex of state power. It is our failure if we don’t take the example and seize the opportunity that to do the same.

Bannon’s one little alchemical trick was to simultaneously cultivate Trump and blow on the damp ashes of the Tea Party until they caught fire — moderate suburban Republicans were gently molded into born-again rebels, raging against the Trans-Pacific Partnership, NATO, and the globalists, a bloc that could be easily harvested by candidate Trump.

The various agitprop stunts during the campaign — like bringing Clinton’s accusers to the third debate – were like playing a medley of the greatest hits, songs everyone already knew, firming up the base. The Clinton campaign and most leftists were deaf to the music, the passion. Countless Trump voters told reporters “He says the things I’m thinking, it’s like he’s inside my head.”

The Clinton campaign responded by shaming deplorables, fact-checking statements, serving only to embolden and reinforce this newly constituted public. After the election, the Democrats and media activated a new lexicon to explain away their failure to form a constituency: “post-truth,” “alternative facts,” and “influence campaigns.” The Democrats and the media continue to present themselves as the non-ideological custodians of fact, decency, and reason, and honestly still believe that if they gather enough unsavory details about Trump, they can take him down. This remains a long-shot possibility.

But structurally, the media has learned little from their failure to see Clinton’s weaknesses. The supposedly unbiased and non-ideological media could not defeat an emotionally powerful strategy. A legion of Washington Post fact-checkers aren’t going to change anything.

Objectivity, decency, and crypto-elitist shaming are like tried and true antibiotics that suddenly no longer work. The bacterium has developed resistance. Ideology hummed in the background of both campaigns, but only Trump’s camp could admit it. A crypto-ideological left media is needed that does more than chip away and hold power accountable. It also needs to catalyze and create new space, slowly pushing liberals, the independents, Trump voters, and others to the left to create a new coalition by attrition.

The problem is that precious few publishers or media entrepreneurs have sturdy populist-leftist values or goals beyond reproducing their organizations and garnering media-bubble social and economic capital that can later be harvested. Even fewer have risked leveraging their organizations toward mass organizing or pursuing concrete political goals. It’s easier to criticize and comment on power than it is to build political hegemony.

The fact is despite a plethora of suitable media 2.0 sites that could make a serious gambit, its hard to imagine a Breitbart or Bannon emerging from the East Coast liberal media world — like the NFL, the media bubble is a league where players are traded from team to team, and as Colin Kaepernick shows us, the unspoken rule is don’t rock the boat. The right-wing media has a weaker, less-ingrained meritocracy with fewer prospects, making the risk-reward ratio more palatable. At this moment, even if some publishers had a burning ideology, there are few incentives for Shane Smith or Ben Smith or Rachel Maddow to turn their organs into an actual living hive of political resistance.

It is easier for the media to continue doing things the way they have always done, with surface declarations of resistance and a minor shift in tone and fervor to accord with the ruptured political situation. As a rare positive example of how the mass media can be weaponized to build a mass movement, we should revisit the life and efforts of the Weimar communist media mogul Willi Munzenberg.

Germany has experienced a recent renaissance of interest in Munzenberg, but he remains a relatively obscure figure in the United States. The slim shelf of English-language scholarship on him is eaten through with reactionary Cold War platitudes about communist spies, “front organizations,” and “useful idiots”: this is a strange fate for a man who allegedly orchestrated the international campaign for Sacco and Vanzetti, who struck fear in Goebbels’s heart, and appeared to some in Stalin’s apparatus as a more troubling renegade than Trotsky. Trotsky and Munzenberg died within months of each other, and Munzenberg’s mysterious death in a forest on the Franco-Swiss frontier remains unsolved to this day.

Read the rest of the essay at Jacobin Magazine.